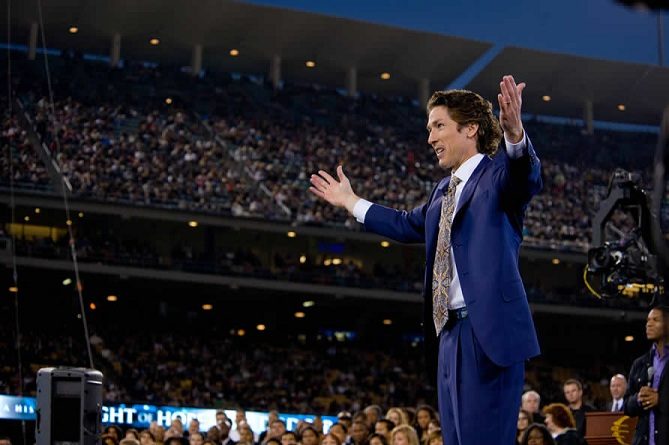 Joel Osteen Born on  March 5, 1963. He is an American preacher and televangelist.Joel Osteen is Senior Pastor of Lakewood Church. Joel Osteen Inspire millions of people around the world through his amazing Books, Speeches, and videos. Here are his Awesome and powerful sayings which will supercharge you to achieve your dreams. Believe yourself you are awesome. Share these amazing Joel Osteen Quotes with your friends and family. Dwayne Johnson Pictures Quotes.

“You weren’t created to be average. You were created to excel. You have a destiny to fulfill, an assignment to accomplish.” Joel Osteen

“People of excellence go the extra mile to do what’s right.” Joel Osteen

“Choosing to be positive and having a grateful attitude is going to determine how you’re going to live your life.” Joel Osteen

“We may get knocked down on the outside, but the key to living in victory is to learn how to get up on the inside.” Joel Osteen

“Don’t just accept whatever comes your way in life. You were born to win; you were born for greatness; you were created to be a champion in life.” Joel Osteen

“No one can offend you without your permission. They can say whatever they want, but you have the right to ignore it.” Joel Osteen

“The real battle is taking place in your mind. If you’re defeated in your thoughts, then you’ve already lost.” Joel Osteen

“Life’s too short to spend it trying to keep others happy. You can’t please everyone, to fulfill your destiny stay true to your heart.” Joel Osteen

“You’re going to go through tough times – that’s life. But I say, ‘Nothing happens to you, it happens for you.’ See the positive in negative events.” – Joel Osteen

“Don’t go into the new year holding a grudge from last year. Leave the hurts and disappointments behind.” Joel Osteen

“Life’s too short to spend it trying to keep others happy. You can’t please everyone. To fulfill your destiny, stay true to your heart.” Joel Osteen

“Don’t let the fear of what other people are going to think to keep you from your miracle.” Joel Osteen

“We may get knocked down on the outside, but the key to living in victory is to learn how to get up on the inside.” Joel Osteen

“In life, you will realize that there is a purpose for everyone you meet. Some will test you, some will use you, and some will teach you. But most important are the ones that bring out the best in you. Those are the ones worth keeping around.” Joel Osteen

“I’m healthy as can be – not an ache or a pain. A lot of my prayer is thanking the Lord that I am healthy. I pray for long life and good health.” Joel Osteen

“Keep a good attitude and do the right thing even when it’s hard. When you do that you are passing the test. And God promises you your marked moments are on their way.” Joel Osteen

“Sometimes we look back and 10 years from now we think, ‘Boy, those were great old days.’ Well, you know, we’re living in the good old days.” Joel Osteen

“You were not created to just get by with an average, unrewarding, or unfulfilling life. God created you to leave your mark on this generation.” Joel Osteen

“Indeed, it is as important to learn how to receive a blessing as it is to be willing to give one.” Joel Osteen

“You will never change what you tolerate.” Joel Osteen

“If we’re going to bring out the best in people, we, too, need to sow seeds of encouragement.” Joel Osteen

“God would not have put a dream in your heart if He had not already given you everything you need to fulfill it.” Joel Osteen

“If you have your health, if you have people in your life to love, you are blessed. Slow down and enjoy the simple things in life.” Joel Osteen

“Start believing today that things are going to change for the better. Your best days are still out in front of you.” Joel Osteen

“Be a people builder. Look for opportunities to encourage others to bring out the best in them.” Joel Osteen

“You cannot soar with the eagles as long as you hang out with the turkeys.” Joel Osteen

“The best is yet to come. Keep dreaming, hoping and planning.” Joel Osteen

“Get close to God first before getting close to anyone else. God without a man is still God, but a man without God is nothing.” Joel Osteen

“Do all you can to make your dreams come true.” Joel Osteen

“The more you talk about negative things in your life, the more you call them in. Speak victory not defeat.” Joel Osteen

“You cannot hang out with negative people and expect to live a positive life.” Joel Osteen

“Stones of judgment, discouragement or doubt may be thrown at you. You can’t stop them, but you can make the choice to keep your walls up and not let them affect you.” Joel Osteen

“If you want success, if you want wisdom, if you want to be prosperous and healthy, you’re going to have to do more than meditating and believe; you must boldly declare words of faith and victory over yourself and your family.” Joel Osteen“It may look like the difficulty is going to defeat you. But you need to keep telling yourself, “This sickness can’t take my life.” “This cancer can’t defeat me.” “No bad break, no disappointment, no accident can shorten one second of my divine destiny.” Joel Osteen

“I believe God gives you the grace to do what you need to do.” Joel Osteen

“Don’t hold on to the old when you’re being led somewhere new. Come out of your comfort zone.” Joel Osteen

“Prospering just doesn’t have to do with money.” Joel Osteen

“It’s in the difficult times that we’re growing and you can’t just rebuke everything hard. We’ve got to endure it and fight the good fight of faith and pass the test.” Joel Osteen

“Let go of yesterday. Let today be a new beginning and be the best that you can, and you’ll get to where God wants you to be.” Joel Osteen

“It’s easy to get negative because you get beat down. You go through a few disappointments and it’s easy to stay in that negative frame of mind. Choosing to be positive and having a grateful attitude is a whole cliche, but your attitude is going to determine how you’re going to live your life.” Joel Osteen

“You’re not really free until you’re free from trying to please everybody.” Joel Osteen

“Don’t settle in the land of barely enough. That is where you are, it is not who you are. That’s your location, it’s not your identity. No matter what it looks like, have an abundant mentality.” Joel Osteen

“Hard times may have held you down, but they will not last forever. When all is said and done, you will be better off than before.” Joel Osteen

“If you want to reap financial blessings, you have to sow financially.” Joel Osteen

“Why don’t you start believing that no matter what you have or haven’t done, that your best days are still out in front of you.” Joel Osteen

“Keep in mind, just because you don’t know the answer doesn’t mean that one does not exist. You simply haven’t discovered it yet.” Joel Osteen

“You cannot let where you are today cause you to get stuck. I’m going to be my best right now. That’s what faith is all about.” Joel Osteen

“If we say it long enough eventually we’re going to reap a harvest. We’re going to get exactly what we’re saying.” Joel Osteen

“If you give, you will be blessed.” Joel Osteen

“The older I get, the better I understand that every day is a gift.” Joel Osteen 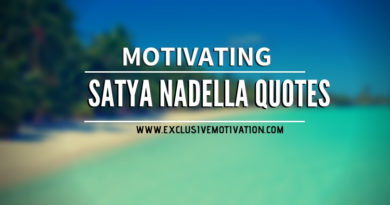 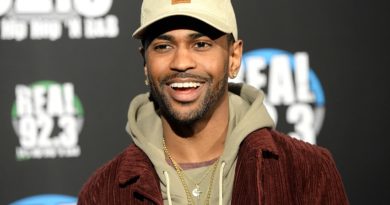 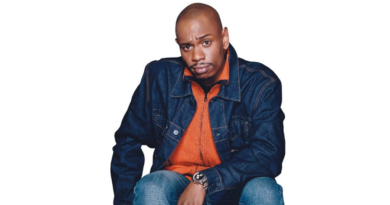